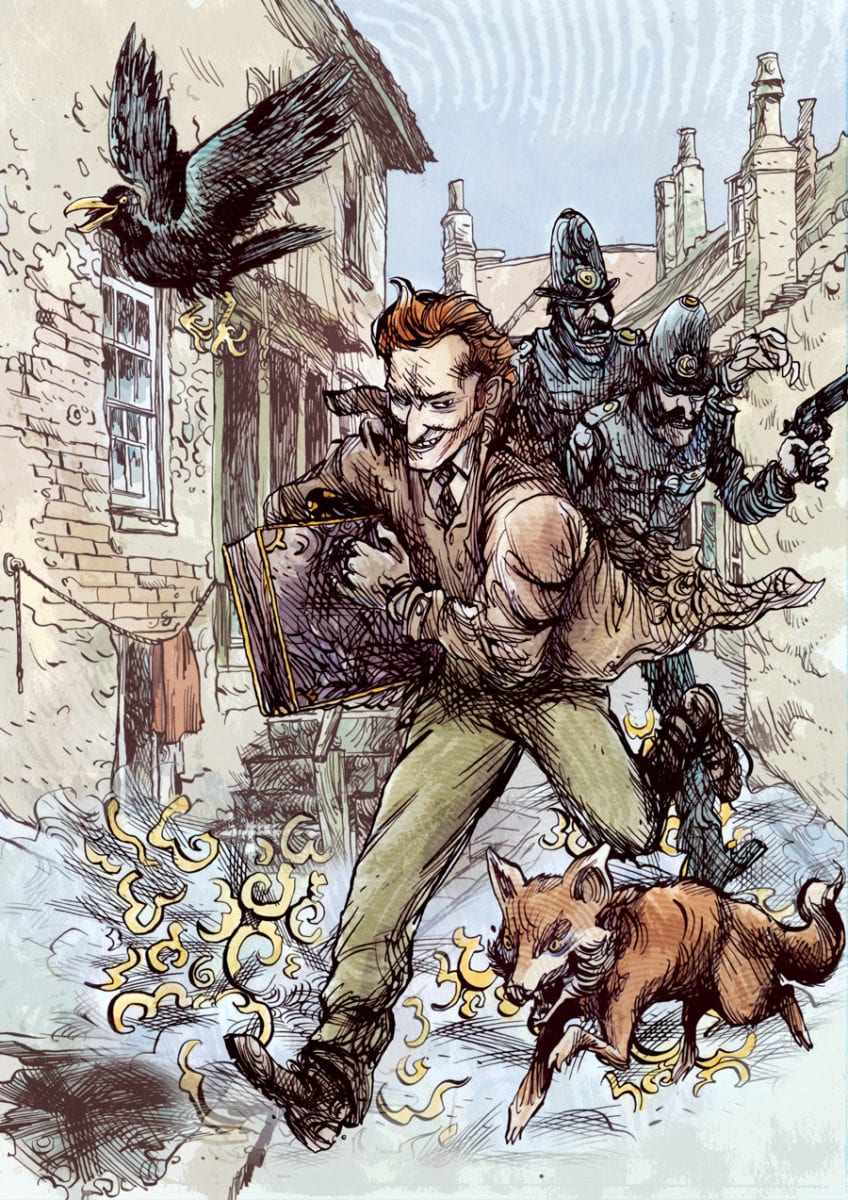 15th July 1910, John Henry Williams walks out of school. His classmates, teachers, and the local doctor have already fallen foul of his trickery. Ahead are fun, fortune and a hundred more serious ruses to try. Little does he know he’ll soon be hunted as the most wanted man in the country.

Harbouring deviously disguised global trickster tales and real-lifestory, Storyteller Dominic Kelly embarks on an audacious tale of trickery and deceit; a tale where truth and hearsay, history, folktale and myth flicker like shadows in sunshine. Come journey on a trickster’s side of the road…

The Times, 7th July 2012: “Compelling, funny and heartbreaking… drawing on the life of Percy Toplis, who towards the end of the 19th century and the beginning of the 20th seemed to fool everyone he met. Kelly’s performance gave this character from history aspects of Anansi, Coyote, and Crow, eternal, mythological tricksters without whom human culture can’t seem to survive. We need the tricksters, particularly in tough times.”

Dominic Kelly is an English performance storyteller with a dynamic and engaging style that has captivated audiences in hundreds of schools, theatres and festivals around the world. Appearances include London’s Barbican and National Theatre, and international festivals from Wales and Ireland to Stockholm and Delhi. He has helped countless young people tell stories through community and education projects.

He now works with Fabula to provide English-language storytelling performances and workshops in Sweden.

Production Information for The Trickster